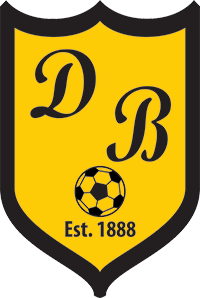 A fresh generation of players are giving one of Ipswich’s most historic soccer clubs a new life.

It has been a long journey for the Dinmore Bush Rats. First formed 130 years ago, the club has scaled the heights of Ipswich and Brisbane competitions, and suffered the lows of being disbanded in recent years.

But with hard work, passion and a new crop of keen players the Dinmore Bush Rats have two teams – Under 6 and Under 11 – for the QCSA 2018 Winter Competition.

Club president Scott Morrison said both boys and girls were welcome, and more players were encouraged to sign up for a successful season.

The club is also celebrating returning to its Riverview field, about 25 years after the Dinmore Bush Rats last played a season on those grounds.

It’s taken a lot of work to get the Bush Rats back on the field, and for Mr Morrison there’s a personal connection to the black and gold club colours.

But more than that, Mr Morrison said his passion to re-start the Bush Rats was because of a need for more sporting facilities in the local area.

Division 3 Councillor Kerry Silver said Ipswich City Council supported the Dinmore Bush Rats by helping to source a training field while council worked to get their historic field at Riverview up and running.

“I look forward to welcoming this club back to the area. It has a proud history, and with the support of the local community it will have a bright future,” she said.

Mr Morrison said a significant grant from Holden has helped the club buy jerseys and soccer goals, and they were ready to reignite the club for the community and provide a well-maintained sporting venue.

Established 1888 in Ipswich, Queensland the Dinmore Bushrats is an inclusive soccer club catering for all people; of all abilities and ages.

The Bushrats currently field teams between U6s up until U13s as well as an O30s mens team as part of QCSA, with an amazing in-house Rug Rats program starting at 3 years of age.